Woman on the Run 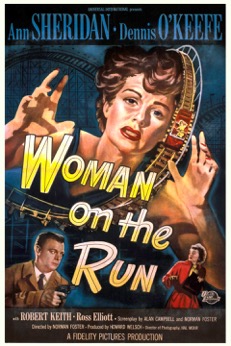 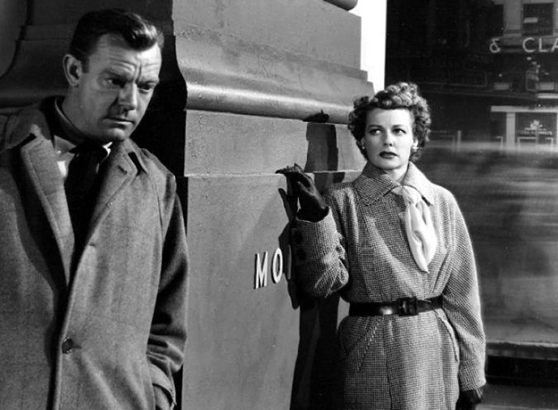 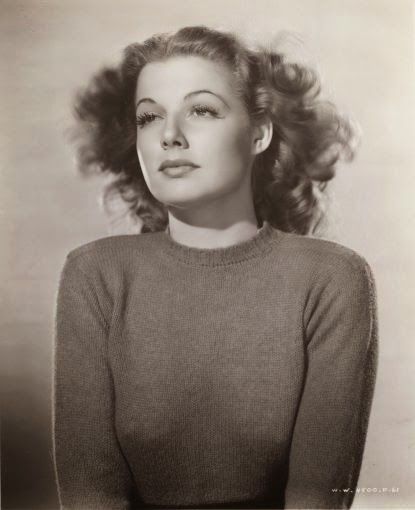 Seeking a career in journalism Norman Foster arrived in New York in the mid-20s and took up acting instead. He gravitated to acting in films and, as was frequently the case after the introduction of sound, used his Broadway acting career as an entry card into the new medium. He further gravitated to directing and between 1930 and 1940 directed close to a score of pictures including many Charlie Chan and Mr Moto movies. He linked up with his friend Orson Welles and wrote a segment for the unfinished It’s All True (1941) and then directed Welles in the thriller Journey Into Fear (1943). He took roles in dozens of movies including Welles final film The Other Side of the Wind which is due for release shortly after recently being rescued from oblivion. Foster directed several dozen movies and a host of episodes for series television into the 50s and 60s. He died in 1976.

“Woman on the Run may be set several notches above the usual cops-and-corpses contributions from the Coast,” New York Times critic Bosley Crowther almost grudgingly concluded when this long-lost noir was first released in late November 1950, “but it does make crime enjoyable.”

That it does. Adapted by director Norman Foster and Alan Campbell, with dialogue punch-up from Ross Hunter (yes, the guy who went on to produce Airport, among many others) from a short story by Sylvia Tate, the action takes place in San Francisco, with a small number of scenes shot on Los Angeles locations.

After witnessing a shooting whilst walking his dog (and narrowly misses being shot himself because he sees the killer), Frank Johnson (Ross Elliott) goes on the run. The police attempt to enlist his wife Eleanor (Ann Sheridan) to track him down and persuade her husband to testify against the killer, who turns out to be a gangster, but their marriage is on the rocks and she wants nothing to do with any of it.

But when charismatic newshound Danny Leggett (Dennis O’Keefe) offers her cash for an exclusive on the story, the pair are off on a search of San Francisco sites and dives to find Frank. The twist—and it’s a good one—takes place at an amusement park (actually the Santa Monica Pier) and doesn’t disappoint. Shades of Welles’s finale to The Lady from Shanghai irresistibly come to mind.